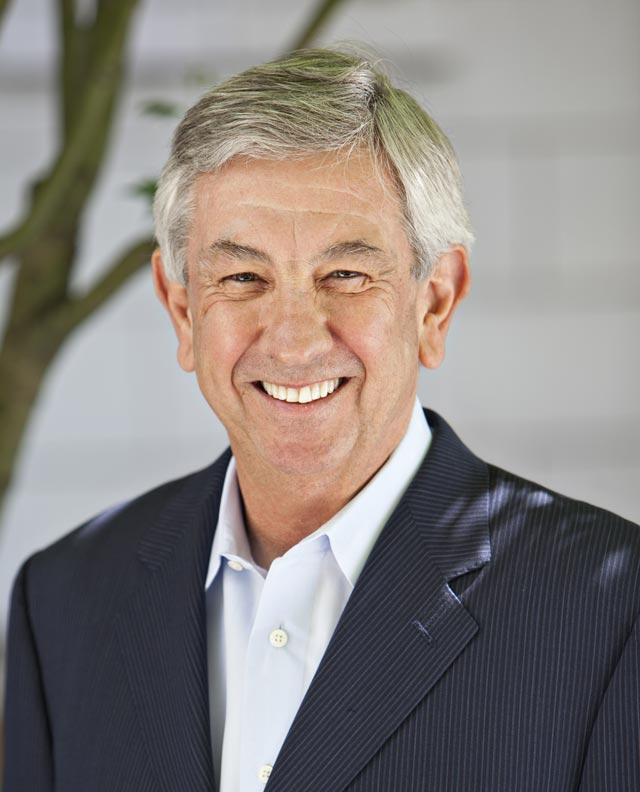 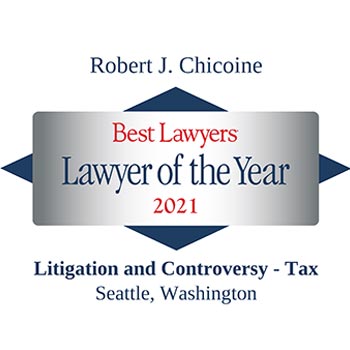 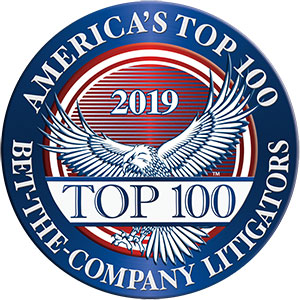 Robert Chicoine advises clients in matters of state and federal taxation, be it planning to minimize tax disputes, effectively resolving administrative scrutiny by taxing authorities, or defending clients in litigation when tax controversies cannot be settled. He has been called upon to assist accountants and lawyers as an expert on issues of federal taxation and has been engaged by tax agencies in U.S. territories as a lead lawyer in complex litigation. His clients typically include corporations, partnerships, estates, and individuals.

Mr. Chicoine is a seasoned lawyer who has tried cases throughout the United States in the U.S. Tax Court and U.S. district courts. He has appeared before several appellate courts, including the U.S. Supreme Court. Over his distinguished legal career, Mr. Chicoine has represented clients in administrative, civil and criminal tax proceedings involving diverse issues in all phases of tax controversy. He has handled hundreds of cases before the Internal Revenue Service, Department of Justice, and revenue departments of state governments. Many of his most successful results are those that have never been published because they were resolved by negotiation. His priority is to cost effectively settle tax disputes without litigation, but if that is not possible, he will passionately defend his clients in court.

Mr. Chicoine offers his clients the benefit of having worked for the Chief Counsel’s Office of the Internal Revenue Service (IRS), where he gained valuable experience as a Senior Trial and Tax Attorney for the IRS, and then as the founder of a law firm with a national reputation. He knows how the process works from the perspective of both sides. He also offers his clients the practical experience of having “worked in the trenches” as a courtroom lawyer who is responsible for the outcome of his client’s case.

Mr. Chicoine has been recognized by his peers as one of the Best Lawyers in America in three areas: Tax, Civil Tax Litigation, and White Collar Criminal Defense (Tax) and has been repeatedly recognized as a Washington State Super Lawyer, and one of Washington State’s Top Lawyers. He is also listed in the Bar Register of Preeminent Lawyers, Who's Who of Outstanding Professionals, and Who's Who in Criminal Defense Law. He has been given a 10/10 Superb Rating by AVVO and a Preeminent Peer Review AV rating by Martindale-Hubbell National Law Directory for legal ability and ethics. He was also selected for inclusion in the National Trial Lawyers: Top 100 Trial Lawyers and a Top Lawyer in Seattle’s Metropolitan Magazine. Most recently, he has received the honor of being selected to America’s Top 100 Bet-The-Company Litigators® for 2019.

Mr. Chicoine has taught as an adjunct professor at the Graduate School of Taxation for the University of Washington School Of Law, and as an adjunct lecturer at the Golden Gate University Graduate, School of Taxation. He has authored many articles on matters of taxation, ethics, white-collar criminal defense, and Internal Revenue Service administrative practice. Mr. Chicoine has served as a chairman, participant, or moderator of numerous Continuing Legal Education seminars for various organizations including the ABA, WSBA, King County Bar Association, Hawaii State Bar Association, Northwest Tax Institute, Washington Attorney-CPA Tax Clinic, Washington State CPA Society and ALI-ABA Criminal Section.

Prior to forming Robert Chicoine Law, Mr. Chicoine was a founder of Chicoine and Hallett PS, where he practiced for over 40 years and was instrumental in its achievement as a tax specialty firm of national repute.

As an offshoot of his tax practice, it is not unusual for Mr. Chicoine to be asked by clients to assist them with his negotiating skills in business transactions such as the valuation and sale of operating corporations and the resolution of commercial disputes.

Mr. Chicoine is admitted to practice in the States of Washington, California, and Arizona.

In addition to teaching as an adjunct professor at two university law schools, Mr. Chicoine has spoken before various professional organizations and published articles on a wide variety of topics including:

I was referred to Mr. Chicoine by my family law attorney to handle personal and corporate tax matters. Mr. Chicoine is very well known and well respected in his field of practice. He is highly professional, knowledgeable and experienced. My tax situation was quite complicated and the litigation was extremely stressful. Mr. Chicoine provided expert advice and his support gave me strong confidence. I trust him a lot. I highly recommend him for any tax matters. "

I want to share my experience with Robert and his team at Robert Chicoine Law. I had, what I felt was a very complicated case, with a messy separation from a 14-year business partnership that went a little sideways towards the end. I was dealing with a very substantial claim of hundreds of thousands against me. I did my research and Robert and his team came highly recommended. Aside from some upfront communication and work for documentation, Robert and his team took it from there and dealt with everything behind the scenes for me as I went about my business and life. After a handful of months I received the amazing news that the case against me was fully dropped. From my knowledge, for a case this substantial to be dropped and closed this quickly is definitely not common. I am super pleased at of course the job done and the outcome, as well as the ease of communication and how quickly it got resolved. I am very thankful and a raving client for Robert and his team's services!"

Bob, Pete, Peter, Randy, and the exceptional team have literally saved our lives and our family legacy in their strong and professional defense of our situation and case. We are relieved and vindicated from this enduring process. Your assistance was timely, and you never doubted our position. We will be a stronger and even more effective firm providing professional, ethical service to our clients around the country. Thank you again."

There is such a person as a “lawyer’s” lawyer. Robert Chicoine is that professional individual. Our law firm and client retained his services after a State governmental agency asserted a ten million dollar tax liability based on flawed investigation and evidence. Robert, with skill, tenacity and persuasion, largely defeated the claim and obtained a dismissal of the criminal charges which the State had lodged. A truly remarkable piece of lawyering."

I wanted to take a moment and thank you for all your hard work and thoughtful strategies with regards to my IRS situation. When I first came to you, I was facing multiple layers of potential damage and with your professional guidance and leadership, we were able to navigate through the complex IRS processes and procedures and to my delight, emerge on the other side with a positive result much better than I could have ever hoped for."

Robert Chicoine is an encyclopedic and masterful tax lawyer. He and his associate Connie Tang came to the rescue of my wife and me at a very scary time in our relationship with the Internal Revenue Service. He soothed our concerns and took the pressure off via an almost immediate solution. He is listed in “Best Lawyers In America”; absolutely deservedly so."

Thank you for all your help. It was a difficult one to get out of and I never anticipated doing so....that was a long shot. But you gave it a good fight and helped keep things under control with the IRS and bought us the time we needed to resolve the situation. You and Connie have been a pleasure to work with and I just want to say thank you so much for being so supportive through a very difficult time."